Shepherding through the Searing Providence of a Child’s Death

One tremendously comforting truth for the Christian is that the gospel is not only a fair-weather friend. God’s word always has something powerful and life-giving to say, even to those in the midst of a calamity, including one of the worst calamities possible: the loss of a child. What truths would God have a pastor share to comfort those in the midst of such a calamity? The book of Job gives us at least three answers.

1. God Is Not Offended When His People Mourn in Calamity

One liberating reality in the life of a redeemed person is to know that God is not embarrassed, turned off, or offended by their lamentation in the midst of a tragedy. The very well-known story of Job clearly teaches that. We read:

Then Job arose and tore his robe and shaved his head and fell on the ground and worshiped. And he said, “Naked I came from my mother’s womb, and naked shall I return. The LORD gave, and the LORD has taken away; blessed be the name of the LORD.”

How amazing! Tearing his clothes, shaving his head, and falling on the ground—which are all cultural expressions of deep grief—are not at odds with worshipping God. It is even more amazing when we consider some of the details of the story.

Job is sitting quietly at home having a good time and then, without a warning, he receives some of the most devastating news that a person could ever receive and in very quick succession. He is told that all his oxen and donkeys have been taken away, all his sheep have been burnt, and all his camels have been captured. In each case, all the servants taking care of Job’s livestock are also killed except the one who escaped to bring the report to Job. Such catastrophic material loss is, literally, life-changing.

But things get worse.

A final servant rushes in to tell Job that a tornado-like wind struck the house in which all of his ten children were feasting. The house subsequently fell on them and all died immediately. This staccato-like series of unimaginably awful reports prompted those actions and words from Job.

Tearing clothes and shaving one’s head are acts of lamentation. But God doesn’t rebuke Job. There is no hint that his deep mourning is unspiritual, much less wrong. This is a deeply comforting truth that a pastor should equip God’s people with when the worst imaginable thing happens: the casket of their child is standing right before them, tears are rolling down their checks, and there is the almost uncontrollable inner turmoil caused by the unending “why” questions cascading through their minds. Your tears are not wrong.

In their grief, the sheep follow in the footsteps of their master who was acquainted with grief (Isa 53:3) and wept at the death of his friend (John 11:35).

Mourning Christians need to be told again and again that the God of the Bible does not frown at His children when they grieve deeply the loss of a child. Rather, their mourning glorifies God because it acknowledges the great goodness of the gift that has now been lost. Therefore, to not mourn would be an ungrateful response and an affront to God. Mourning also declares that we live in the midst of a creation that was subjected to futility and that we are longing to see all things made new.

2. God Measures Calamity for His Children

Grieving Christians need to know and be reminded by their pastors that the magnitude of the tragedy, the intensity of the pain it will cause, the perplexity it will bring are never left to chance. God sovereignly, infallibly, and specifically quantifies all of that in order to bring every one of His children to rely not on themselves but on God who raises the dead (2 Corinthians 1:9).

In the case of Job, we are told that he received horrific reports of what had happened to his oxen and donkeys, his sheep, his camels and his children. But we also know that there were other agents involved in every single one of the calamities that happened to Job: Satan, the Sabeans, fire, the Chaldeans, and a tornado-type wind. But, let it be known, none of these agents overpowered God’s protection for Job to inflict calamity on Job. Instead they were operating within the sovereign boundaries set by God. This is clear as we read God’s instruction to Satan:

And the LORD said to Satan, “Behold, all that he has is in your hand. Only against him do not stretch out your hand.” So Satan went out from the presence of the LORD.

God’s hand set the limits. It does much good for a pastor, in the appropriate tone and with the right gospel emotion (Romans 12:15), to remind the parent’s and family of a deceased child that the days of that child’s life were written in God’s book before each one of them came to pass (Psalm 139). The child could not come earlier and could not go later.

A child’s death is not ultimately about physiological processes in the child’s body or how soon the ambulance arrived or how fast they drove to the hospital or how the doctors worked. It was ultimately God bringing to pass His purpose and will, which sometimes is heart-wrenchingly painful but always working for the good of those who are called according to God’s purpose (Romans 8:28). Because God is inscrutably wise, sometimes the path to unspeakable joy is an unspeakable tragedy. Again, walking this path is to follow in the footsteps of our master, the Lord Jesus Christ, whose life was the greatest example of this truth (Acts 2:23, 2:38; Acts 4:28-30).

3. God Is Always Compassionate and Merciful even in Calamity

The first words out of Job’s mouth are remarkable. Upon hearing the final report, the death of his children, Job said:

“Naked I came from my mother’s womb, and naked shall I return. The LORD gave, and the LORD has taken away; blessed be the name of the LORD.”

No sense of entitlement! Strikingly enough, we are told three times that Job “was blameless and upright, one who feared God and turned away from evil” (Job 1:1, 1:8; Job 2:3). Upon hearing the news, Job could have said “This is not fair. I deserve better. I am one who turns away from evil.” But instead he says; “Naked I came from my mother’s womb, and naked shall I return. The LORD gave, and the LORD has taken away; blessed be the name of the LORD.”

“As an example of suffering and patience, brothers, take the prophets who spoke in the name of the Lord. Behold, we consider those blessed who remained steadfast. You have heard of the steadfastness of Job, and you have seen the purpose of the Lord, how the Lord is compassionate and merciful.”

So, none of the calamities that Job went through—the heart-wrenching loss of property and servants, of children, of health, the loss of his wife’s support for his devotion to God, and the crushing indictments from his friends against him (each of them a tragedy in its own right)— was pointless. In the grand scheme of the eternal plan of God for Job, all of that was a blessed opportunity for Job to know and experience the Lord’s compassion and mercy in a way that he would have otherwise never known and experienced.

The confessions of Job at the end of the book are telling. He says things like this: “I know that you can do all things, and that no purpose of yours can be thwarted” (Job 42:2). And again “I had heard of you by the hearing of the ear, but now my eye sees you; therefore I despise myself, and repent in dust and ashes” (Job 42:5-6). There is a fresh depth of awe and reverence in the heart of this man who before the calamity struck him was described as blameless and upright, one who feared God and turned away from evil.

There is always a new depth of awe and reverence to which God wants to take us and sometimes the way there is a devastating calamity. But we are never without God. Job knew that. Even in the midst of words that sounded self-justifying and out of place and indicting to God as the trial dragged on, the overall posture of His heart was this: I know that my Redeemer lives, and at the last he will stand upon the earth. And after my skin has been thus destroyed, yet in my flesh I shall see God (Job 19:25-26).

This side of heaven, none of us will ever fully know why God would give a wonderfully cute little boy or girl to a family only to cut short their joy by taking the child away. But we are at least confident that the only reason such times of deep weeping come is that there are times of deep rejoicing coming in the future (Psalm 30:5). So, pastor remind your people of this as they grieve. But also prepare them to grieve well while the sun shines. 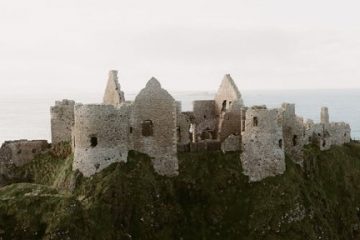 Featured Sermon: From Pain to Praise Churches in Partnership for Gospel Advance

The Bible is our ultimate authority for life and ministry and it shows us how churches can partner together to see the gospel spread more effectively. Churches should strategically partner in prayer, going, and giving.