It was suggested, in the podcast, that the problems of an authoritarian leader who goes out to church plant could be mitigated through a Presbyterian ecclesiology because the Presbytery would keep the individual accountable.

Since I am a Baptist and part of a church that seeks to plant churches regularly, this comment required some mulling over. I didn’t want to dismiss it with “well the Bible teaches Baptist ecclesiology so there,” but to really dig down deep and query: does Baptist ecclesiology and the way church planting is done in Baptist circles create a situation where it is easier for an authoritarian leader to exist without accountability?

I’ll tell you my conclusion from the get-go: my answer is no.

First it needs to be stated that the issue is almost entirely to do with the man and not the ecclesiology. An authoritative, manipulative, narcissistic individual who is leading a church plant will inevitably cause damage whether they are in a Baptist or Presbyterian ecclesiology.

That being said, I also think there is a misrepresentation of Baptist ecclesiology in the podcast’s comments. It assumes that because Baptists uphold the autonomy of the local church, there is little to no accountability for a new church plant that could otherwise be provided through a group of elders from other existing churches, specifically the presbytery. But this misunderstands where Baptist ecclesiology places the authority.

Who Holds the Keys?

If one assumes, in a presbytery model, that authority is only within the elders, then it certainly looks like sending out an individual to church plant and then granting him autonomy results in a situation where the individual has no accountability and all the authority. But Baptists place authority, not just in leaders, but within every church member.

Therefore, biblical texts aside, even on a purely pragmatic level, I would argue that Baptist ecclesiology provides more accountability against such a leader rising up because every church member has a responsibility to hold the leader accountable, not just a select few elders within a presbytery.

Now for the texts: Paul rebuked the Galatians, not just the elders at Galatia, for allowing false doctrine to creep in (Gal 3:1). Paul rebuked the Corinthians, not just the elders at Corinth, for not swiftly removing the individual engaged in immorality (1 Cor 5). Paul also wrote to the entire Corinthian congregation to restore the fallen individual, not the elders (2 Cor 7). And while it ought not to be done lightly, Paul instructed Timothy to allow church members to bring charges against an elder with as little as two witnesses (1 Tim 5:19-20).

This sampling of Scripture teaches that the authority of the church—to ensure correct doctrine is taught, to ensure qualified men are leading the church, and to carry out church discipline, etc.—is within the members of the church. Any authority leaders have to lead is authority granted to them by the members of the church and can be taken away from them by the same members. In appointing elders to rule over them, the church members are not abandoning their authority, but are stewarding it by appointing elders to lead, and they retain their authority and the responsibility to exercise it by removing an unqualified elder.

What does this look like practically? Assuming a sending church has vetted and raised up a man well to send out to plant a church, this should cut off much of the problem at the pass. But what if an individual takes a turn for the worse after he has left, and the new church has been planted?

When a church is planted, Baptists who uphold the autonomy of the local church will respect the authority of the newfound congregation. It is the members of that church that now have authority to keep one-another accountable whether fellow member or church leader.

This does not mean the sending church cuts ties or washes their hands of the new church plant. The model of the New Testament shows a healthy model of cooperation in ministry between churches. The sending church can be brought in for counsel. But, if any action is to take place, it is the action taken by the local church when they are gathered, and the authority of Jesus is with them (1 Cor 5).

My conclusion in response to the comment from the podcast is that a rightly understood Baptist ecclesiology would be of greater protection against an unqualified man domineering in his position as an elder.

But a more important take away from this provoked thought-experiment is that, church members must know the authority they have when they gather in the name of Jesus, they must recognize the responsibility they have. Responsibility  to soberly exercise their authority  to protect the church, and they must not abandon their responsibility to a small group within the church. This congregational authority is present in a small new church plant of three families or a large, established church of 1000+ members; because, gloriously, Jesus has said He is among them. 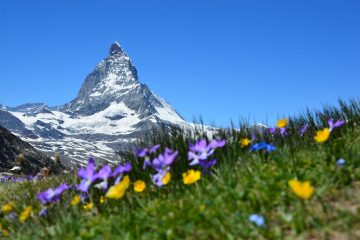