I never wanted to work among Muslims. Having grown up in Melanesia, I had always assumed that if God called me to be a missionary, I would work with tribal animists. That would seem to make the most sense. Then, when I was an eighth grader on furlough in the US, the attacks of September 11th, 2001 took place. Living in the Northeast at the time, my school was directly affected by the attacks as a few students’ parents commuted to Manhattan for work every day. This and the ensuing War on Terror were my only real exposure to Islam. I knew that there were many Melanesian tribes asking for missionaries to come and live among them. And I knew that most Muslim countries were busy kicking missionaries out. Deep down, I think I didn’t want to work with Muslims because of these negative impressions. Why would anyone want to work with those who don’t want them to come? I wondered.

I have now been doing Muslim ministry for about thirteen years. So what changed? In brief, Muslims became real people to me, I became passionate about the overwhelming need, and God told me to go.

My first Muslim friend was a Somali refugee in Minneapolis named Uncle Abdi. I had volunteered for an English tutoring program where students would come a few times a week and help Somali refugees with basic English. It was in this context, sipping clove-heavy Somali chai and celebrating with students the fact that the English word finger is actually pronounced fingar in Somali (An easy one! Fingarrr!), that I came to really care about these dear people. They were very devout in their Islam, probably the most devout group of Muslims I’ve ever encountered. They were fiercely defensive of Islam and critical of Christianity. They had seen some terrible things happen in their homeland. They had interesting habits like dyeing their hair red with henna to show they had gone on hajj, or pilgrimage. They struggled, as I did, to adjust to the realities of the Minneapolis winter. We were a long way from the Somali desert and the warm Melanesian valleys. So we shivered together and became friends. And for the first time, Muslims were not some intimidating category. They were real people.

Around this time I began to also learn about the dire need for Christians to share the gospel with Muslims and to plant churches among them. I remember hearing that in 2006 there was only one missionary for every one million Muslims in the world, that the majority of those living in poverty worldwide were Muslims, and that the Muslim world had historically been one of the hardest and most neglected places for church planting. I heard of one Bedouin group who had only received two missionaries. One had died and the other had converted to Islam. I wrestled with a Somali camel herder’s quote, “If you can put your church on the back of my camel, then I will believe Christianity is for us.” I scrolled through the Joshua Project’s list of least-reached people groups. The vast majority? Muslim. What was to be done so that Jesus would get the glory he is due among the world’s 1.2 billion Muslims? I sat under John Piper’s preaching, coming alive to the glory of God and the joy of the nations. A passion in my soul was growing.

Finally, while listening to a presentation about about the state of the church in a certain Middle Eastern country, I felt an unmistakable “Go” from the Holy Spirit. Not sure what that meant since I was only part-way through my freshman year, I reached out to the speaker’s organization and was surprisingly accepted for a gap year in the Middle East.

The ways that God calls his people to serve as cross-cultural missionaries are as diverse and varied as the missionaries themselves are. For some, it’s simple biblical logic that compels them. “Jesus commanded us to go, did he not?” For others, a particular moment of spiritual clarity, hearing the leading of the Spirit. For others, they join in their spouse’s calling, as my dad did. In church history, many were called through dreams. I find it strange that many of us tend to assume most others were initially called to missions in the same way we were.

For me, God called me to work with Muslims through Muslim friends like uncle Abdi the Somali, through a growing passion for the great need, and through a moment of unusual spiritual force and clarity. Go to the Muslims. That call continues to be confirmed every time I’m sitting down with a Muslim friend, drinking chai, and sharing about Jesus. There is a particular joy, freedom, and empowering that I experience in that kind of setting that has come to be my personal definition of calling. Eric Liddell said, “When I run, I feel his pleasure.” Well, I keenly feel his pleasure walking through passages of the Word with Muslims for the very first time, watching as the Spirit gives them spiritual eyes to see the beauty of Christ and how it is so much better than works-based religion. What is the kind of ministry or service in which you feel the greatest freedom, joy, and empowering of the Spirit? It may be that that’s where you’re supposed to focus in serving the Church.

It’s good for me to recall these things in this season of plodding ministry. The call to prayer is blaring outside my windows. My heart is tired from friends leaving and the good but heavy costs of team leadership. We have not seen all that we had hoped to in these thirteen years. And yet it’s good to be reminded again of how this all came about. An unexpected calling, yes. But a good one, the one the Lord knew that I needed. I would never have thought that the coffee gardens and mountains of Melanesia (plus the arctic winter of Minneapolis) would have prepared me to be working in Central Asia. But here I am. And here I hope to be for a good many decades.

This article first appeared on Entrusted to the Dirt Featured Sermon: Jesus Proves To Be The Messiah Promised 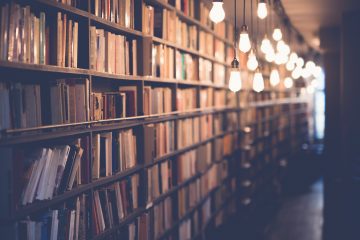 We asked our partners what their favorite book of 2021 was and here’s what they said: Featured Sermon: The Kingdom of God is at Hand